Value of TIC sector acquisitions breaks records at £1.7bn in the year so far

The TIC industry sector saw today the sale of a second large TIC company, post the acquisition of Exova by Element back in June 2017.

It was announced today that Eurofins has continued its acquisition drive (24 in 2017 to date) with the purchase of EAG Laboratories for a reported $780m, from Odessy partners. At the time of Odessy’s acquisition in 2008 for around €90m, Evans Analytical Group (EAG) operated two groups: (i) the Surface Analysis group (microanalytical surface testing and analysis) and a Release to Production group, which provided semiconductor and integrated device manufacturers with a range of testing and failure analysis services. Since then EAG has completed a series of acquisitions that added further capability and de-risked it from the semi-conductor sector. (Chemir Analytical Services – 70 people (2011), PTRL West Inc (2012), ABC Laboratories – 430 people (2015))

The EBITDA multiple from today’s deal is expected to be somewhere north of 12x, where revenues and EBITDA were expected to be $220, with a margin close to 30%.

This acquisition provides Eurofins with an entry into the Materials and Engineering Sciences sector, something that will now provide them with greater tools to challenge the likes of Intertek, SGS and Element, to name a few.

This acquisition, now breaks records in the amount spent on acquisitions in any one year, over the last five years, with the following key metrics noted:Spend in 2017 at £1.7bn; 32% up on the full FY15.

For more information on the market or if you would like a discussion on your strategic plans please get in touch.

We use our 50+ years of advisory experience to bring you the latest news and figures to help you decide on the next move.

Please use the form below and we’ll be in touch soon. 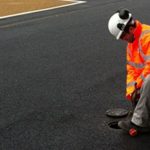