Premier, the leading Testing, Inspection & Certification sector M&A specialist, is pleased to announce that it has advised ACS Group of Companies, on its sale to Phenna Group, a newly formed TICC buy and build group.

Based in Poole, Dorset, ACS was formed in 1987 and for over 30 years has been providing specialist site and laboratory testing to the Building, Construction, Civil Engineering and Waste Industries. The range of materials tested include natural and recycled aggregates, fresh and hardened concretes, soils, stabilised materials, bituminous materials, natural stones and waters, through its wide scope of UKAS accredited services.

Premier worked with ACS for a number of years and, after completing the sale of Professional Soils Laboratory to Phenna in May 2019, recognised that combining the two businesses under the Phenna umbrella offered market, service and client synergies.

Premier introduced the owner, Mike Drew, to the Phenna team in July 2019 and he agreed Phenna would be an ideal growth partner for the business “From the start of my discussions with Phenna Group, it was obvious that we were dealing with a highly supportive partner who shared our ambitions and who would give us the backing to achieve our goals”.

Brendan Farrell from Premier’s London office commented, “We are very pleased to have assisted Mike in finding a supportive partner in Phenna. The construction material testing market is highly fragmented and we believe that with Phenna’s support, ACS will be able to greatly expand their presence in the market. We wish Phenna and Mike all the best during the next phase of growth.”

We use our 50+ years of advisory experience to bring you the latest news and figures to help you decide on the next move.

Please use the form below and we’ll be in touch soon. 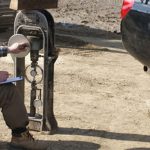